During my years as a Spanish language educator, I developed an acute radar for recognizing which of my students had the best or worse chances to succeed.  One particular truism became very clear: any learners who do not begin by assimilating the basics of Spanish pronunciation first, sabotage their progress throughout their entire language learning experience.

The key to developing comprehension skills is 'phoneme' recognition, which is a fancy way of saying, recognizing sounds and visualizing the letter(s) they represent in Spanish.  Word recognition naturally follows letter recognition.  Then comes comprehension.   Goal!

When students learn to pronounce accurately, they also learn to read in Spanish, to write in Spanish, and to interpret meaning, as well.  Without merging sounds with their corresponding letters and ultimately whole words, learners will never BE ABLE TO UNDERSTAND SPOKEN SPANISH.  Without accuracy in replicating sounds and ultimately whole words, learners who attempt to speak Spanish will never BE UNDERSTOOD by native speakers.

So Rule One is to learn proper pronunciation.  Frankly, students who miss this basic first step may well be wasting their time.

That's why we created the Spanish Pronunciation Boot Camp.  It's for those who want to succeed and not waste their time.

The best scenario is a one-on-one tutorial face-to-face.  But our program compensates for lack of personal contact by providing all of the patterns of pronunciation in video and audio format.  With lots of practice!  And you can take your time, review when necessary, and test yourself as you progress through the tutorials.

The Boot Camp Modules cover everything you need to know about pronunciation, spelling, written accents, and more!  They are divided into small bite-sized chunks, with enough redundancy for organic review.  Move through them at your own pace.  Review any Modules at any point.  There's a final test at the Conclusion for you to measure your progress. 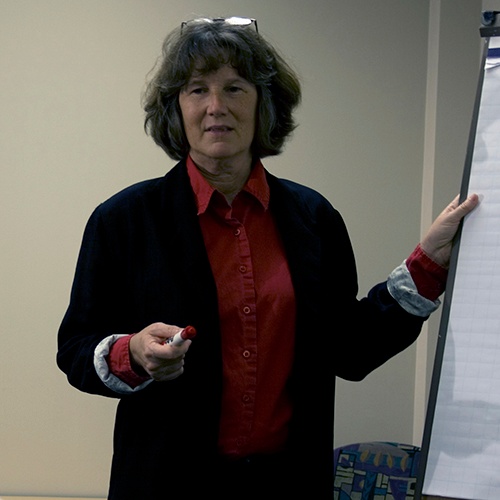 "I've taught adult students for a long time.  What motivates me more than the success stories are learners with a burning desire to communicate in Spanish... right now, in their world.  The secret to making this happen is taking practical short cuts and digesting bite-sized chunks.  Every smile, nod, and successful verbal interaction with a Spanish-speaker in their lives feels like a 'win!'" Dr. Lori Madden is a professor of foreign languages with a B.A. (Hood College), M.A. (University of Delaware) and Ph.D. (University of Florida) in Spanish, Portuguese and Latin American Literature.  She is on faculty at St. Petersburg College. Dr. Madden has resided in Spain, Brazil and Costa Rica.  She has taught for many years educating adults in Spanish and Portuguese languages and Hispanic culture, in both academic and professional environments.  She is owner of SLS Publications®, LLC.
Sign up now!